What are Natural Numbers

Natural numbers are the set of numbers that allow us to count and order things. They are the first numbers we are taught at school, when we learn to count: 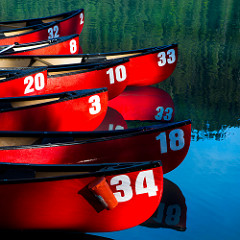 The set of natural numbers is represented by the letter Ν:

How Natural Numbers are Represented

To represent the natural numbers on the number line we do it following the following steps:

1. Draw the line, divided into equal parts and place the 0 on the left:

We place numbers to the right of zero, increasing their value one by one, from left to right:

And so we could go on to infinity 🙂

How Natural Numbers are Ordered

Let’s learn how these numbers are ordered and how they compare to each other.

The sense of ordering and representation is the same:

The more to the left the number is represented on the line, the smaller it will be. The smallest natural number is 1. The largest, as we have said before, does not exist because natural numbers are infinite.

To compare two numbers with each other we use the following symbols:

To learn the meaning of these symbols you can use the rule that “the big one always clicks on the little one”.

The third symbol is better known: