Next we will learn how to solve the combined operations with fractions step by step.

What are combined operations with fractions

In this case, with operations combined with fractions, we will have to add, subtract, multiply or divide the fractions in the same expression. The different operations will be mixed, or rather combined.

In order to solve this type of exercises correctly, we must understand perfectly how each operation is carried out separately: additions and subtractions with the same one and with different denominator, multiplications and divisions.

As with operations with numbers, when we have several operations in the same fiscal year, we have to follow the rules of the hierarchy of operations.

Let’s explain it with a few solved examples of operations combined with fractions. We will look at what you need to know in each of the steps.

We have two operations: addition and multiplication. Well, first of all we multiply:

We have one sum left with a different denominator. Now we get a common denominator and make the sum:

In the end, we have simplified the fraction.

In this case we have several operations combined with fractions, brackets and parentheses.

Where to start? Well, you have to start by deleting parentheses and the only way to do this is by starting with the one that is deepest inside. Remember that when we have several parentheses we must start from the inside out:

We have already removed the parenthesis from the inside and we have only one parenthesis left. We proceed to resolve it:

Finally, we have one division left, which we resolve by multiplying it across the board:

The result should always be simplified whenever possible. When we explained how to simplify fractions, we saw that two methods can be used. When, as in this case, the numbers are relatively high, it is advisable to use the second method, which consists of breaking down the numerator and denominator into factors and then annulling the factors that are repeated up and down.

First we break down the numerator: 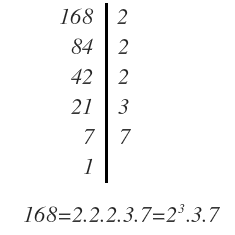 We’re still breaking down the denominator: 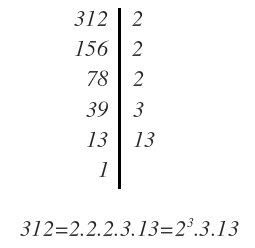 Finally, we write each number as the product of factors and cancel those that are repeated up and down, leaving the final result:

Let’s increase the difficulty a little more. But calm down. You’ll see as if you are solving step by step, each step becomes a little easier:

This time, we can perform more than one operation in the same step, since they do not depend on each other. So we start by multiplying the numerator and dividing the denominator:

Now in the numerator we have 3 fractions left to add and subtract with different denominator. We transform them into a common denominator. To do this, we remember that we need to obtain the lowest common multiple of denominators, in order to obtain their equivalent fractions:

Once all the operations in the numerator and denominator have been carried out, all that remains is to divide the final fractions and simplify the result: