I’m going to explain how to solve second degree inequalities with a question mark, with exercises solved step by step.

Positive and negative sections in the second degree functions

If you represent a second degree equation on the coordinate axes, it is a parabola that can be with the vertex pointing downward: 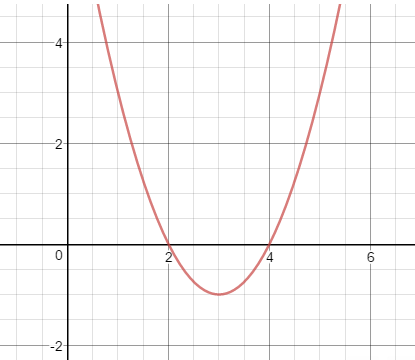 Or with the vertex pointing upwards: 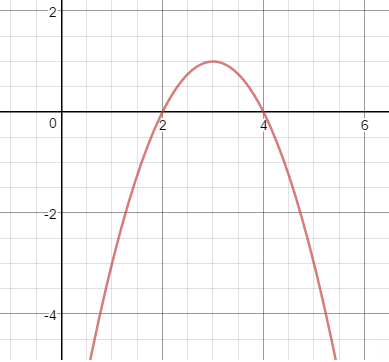 The two points where the function cuts to the x-axis are the two solutions we get when we solve a second degree equation, that is, when we equal it to 0.

Therefore, it means that in these two points, the function is worth 0.

Let’s learn to interpret this better with an example: In which sections is the next function positive or negative?

Then let’s go see him.

First of all we equal the function to zero:

And we solve the remaining second-degree equation by obtaining two solutions:

As I indicated earlier, these two solutions correspond to the points where the function cuts to the x-axis: 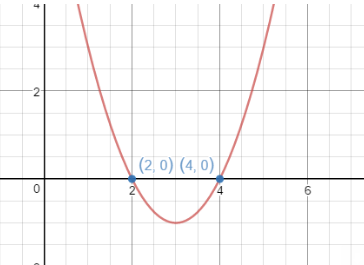 And at these two points, the function is worth zero (the values of “y” are equal to 0) 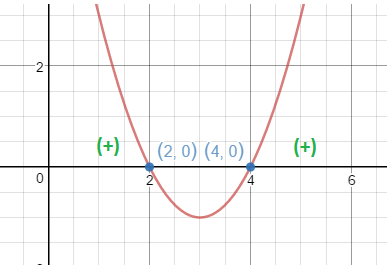 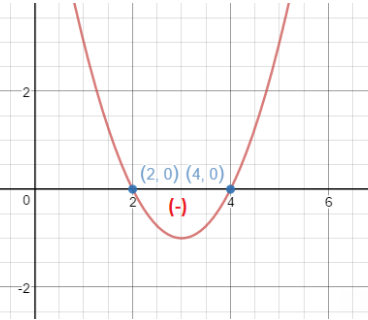 Therefore, you should keep in mind that a second degree function has both positive and negative sections, depending on the values of x.

Is it necessary to draw the second degree function to know if it is positive or negative?

There is a procedure, which I will explain to you at the same time as I explain how second degree inequalities are solved.

How to solve second degree inequalities with an unknown. Exercise resolved.

We’re going to solve the next second-degree mismatch:

In this case, solving this second degree mismatch is to determine the ranges of x values in which the function is greater than or equal to 0

If on the other side of inequality we do not have a 0, we must pass all terms to the first member of inequality.

Therefore, the first thing we need to know is which points of x make that function 0, so, as before, we equal the function to 0:

And we solve the remaining second-degree equation by obtaining two solutions:

These two solutions are represented on the number line:

The straight line has been divided into 3 sections. Now we must know in which section the function is positive or negative.

The result is 8, so the function is positive.

For the central section, we give a value to the x that is between 2 and 4, for example 3:

The result is -1, so the function is negative.

And for the right-hand section we give the x a value that is to the right of 4. For example, 5. For x=5:

The function is positive again.

We represent on the line, which sections are positive and which are negative

This line is equivalent to when we had the parabola, with the vertex pointing downwards, where the part between 2 and 4 was negative and the other two parts were positive: 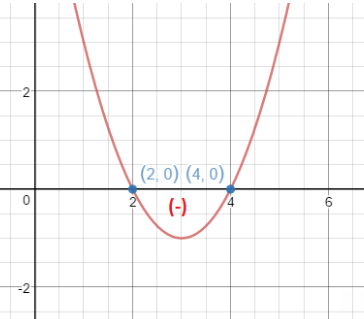 So, making our second-degree inadequacy:

Therefore, the solution will be the union of these two intervals: 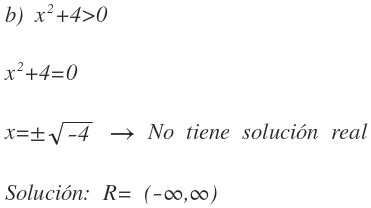 The function does not cut to the x-axis at any point and is always positive, therefore, the solution of the inequality is the whole set of real numbers. 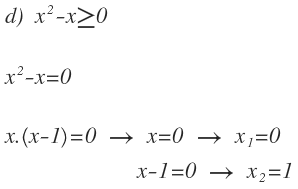 The function only cuts the x-axis at point 1 (it has a double solution). It is always positive, so that since it is never negative, there is no solution to inequity.