For 0º and 360º we only have one horizontal segment. Therefore, the sine is 0 and the cosine is 1, which is positive because it is to the right of the y-axis: 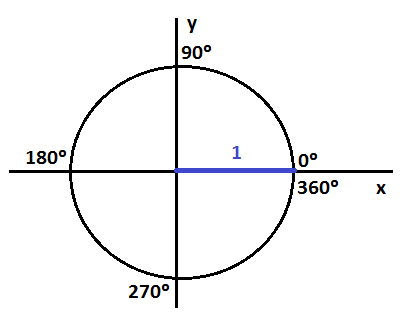 And the tangent is 0:

When the angle is 30º we have a certain value of the sine (green vertical segment) and cosine (blue horizontal segment): 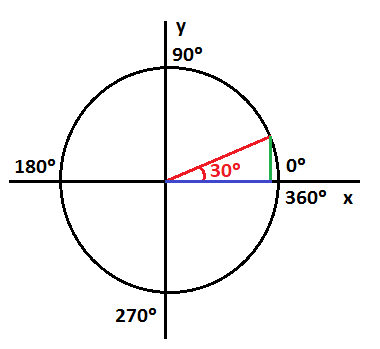 We will deduce how much the values of the sine and cosine are worth and once we have them, we will also have those of the tangent and the cotangent.

If we put aside the triangle formed by the radius of the circumference and the vertical and horizontal segments, we have a right triangle whose smaller angle is 30º and the opposite one is 60º, since the sum of the three angles must be 180º and we know that it has a 90º angle.

We also know that the hypotenuse is worth 1:

If we double this triangle, we get an equilateral triangle, whose angles are all 60 degrees and therefore, their sides will also be equal, so they will be worth 1:

Known the opposite leg and the hypotenuse, we can calculate the value of the adjacent leg with the Pythagorean theorem:

Therefore, we already know the value of all sides of the right triangle: 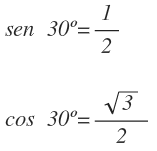 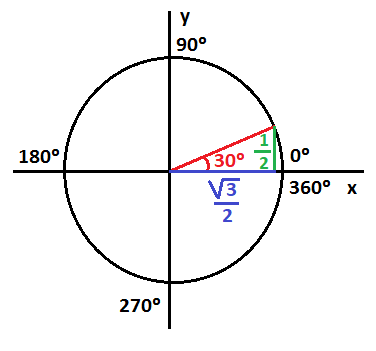 And from the tangent, we calculate the cotangent of 30º:

As a summary, these are the trigonometric ratios for 30º: 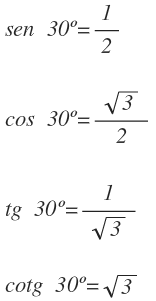 Let us now obtain the value of the trigonometric ratios of 45º. We begin with the sine and cosine, which in principle we do not know their value: 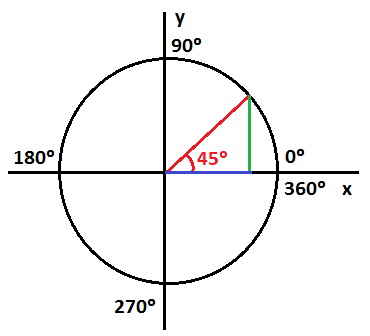 If we put aside the triangle formed by the radius of the circumference and the vertical and horizontal segments, we have a right triangle whose acute angles measure 45º:

At the same time, it is an isosceles triangle, whose base is 1 and whose two equal sides we do not know, which we have called x:

Bearing in mind that it is a right triangle and that its two legs measure the same, we will use Pythagoras to calculate how much each of these sides measure:

At this point, we rationalize the root and we are left with it:

So we already know the value of both sides:

These values therefore correspond to the sine of 45º and the cosine of 45º: 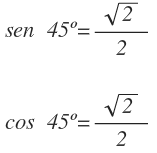 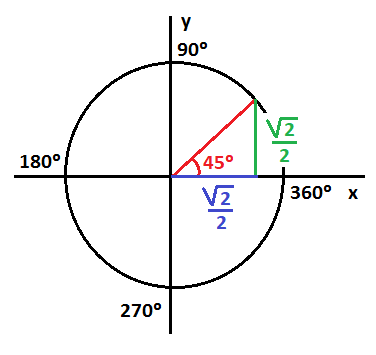 These are the trigonometric ratios for 45º: 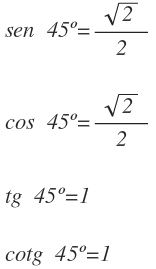 For the 60º angle, the triangle formed by the radius of the circumference and the vertical and horizontal segments is the same as for the 30º angle, only this time, the sine and cosine values are exchanged: 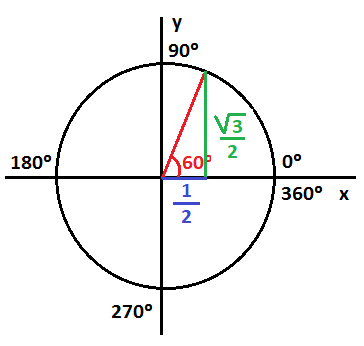 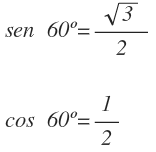 We now calculate the tangent of 60º:

And the 60-degree cotangent:

The trigonometric ratios for the 60º angle are: 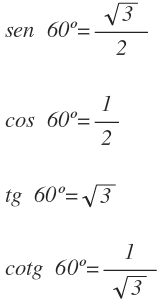 When the angle is 90º we only have a vertical line with a value of 1, positive as it is above the x-axis, which corresponds to the sine. The cosine is therefore 0: 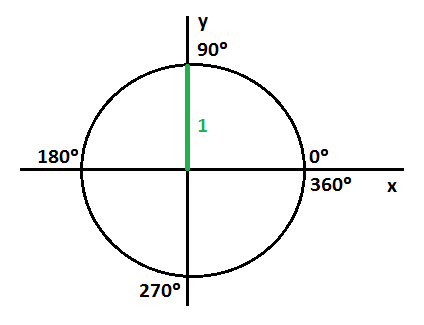 The tangent is infinite or does not exist, as it divides by 0:

For 180 degrees, we only have cosine (horizontal segment) that is worth -1, being to the left of the y-axis. We have no breast, so it’s worth 0 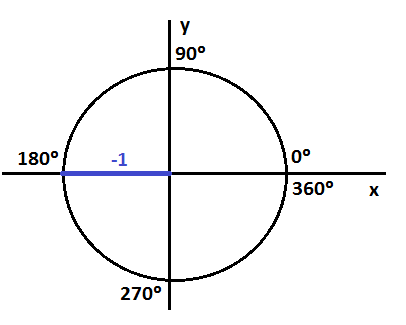 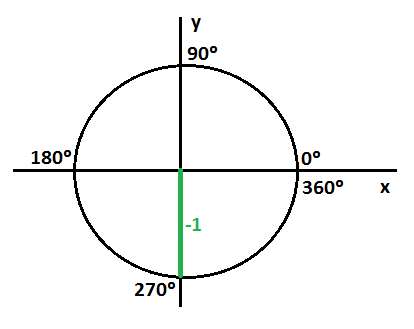 The tangent, as for 90º is also infinite or does not exist, when having to divide by 0:

Summary of the main trigonometric ratios of the first quadrant 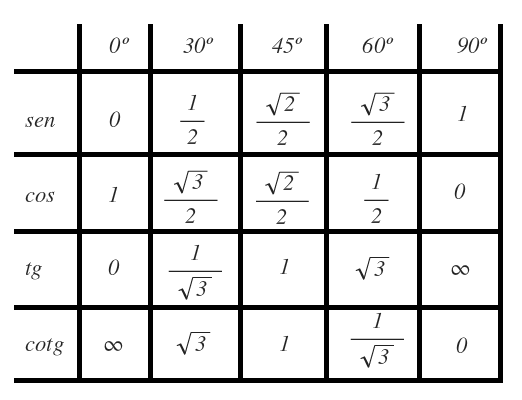