I will now explain to you what the vectors are and the concepts related to the vectors you will need to calculate and operate with them, such as the components of a vector, the module of a vector, its direction and sense.

We will also look at the types of vectors that exist and with which type of vectors it is convenient to operate in mathematics.

Vectors are oriented segments, which start at the point that corresponds to the origin of the vector and end at another point, which is the end of the vector: 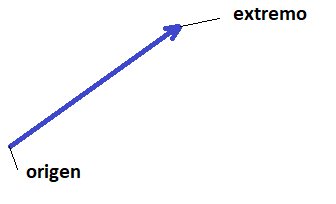 They are defined by two components: component x and component y, also called vector coordinates. They are two-dimensional magnitudes.

To express them analytically, they are usually expressed by a lowercase letter with an arrow on top, with its two components in parentheses (like coordinates):

The letters u, v, w and z are usually used, but are not mandatory and can be used in any letter.

Here are some examples of vectors:

Thus, the vector AB will have its origin in point A and its end in point B: 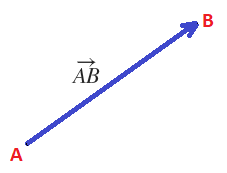 We’re going to see every one of them.

Components of a vector

What are the components of a vector?

These are the elements that define a vector, since knowing its coordinates, we know everything about it: module (which will have to be calculated), direction and sense.

Talking about vector components and vector coordinates is the same thing.

How to calculate the components of a vector?

If the coordinates of the point of origin of a vector are:

And the coordinates of a vector’s end point are:

Remember, always extreme less origin and each component is subtracted with its own: the x with the x and the y with the 0 and.

We have the point of origin:

And the point corresponding to the end of the vector:

Now we operate within each component and we have it:

Module of a vector

What is a vector module?

The module of a vector is the distance from the origin to the end, so it corresponds to the length of the vector.

The letter of the vector (or letters) is represented enclosed between two bars:

The module of a vector, being a length, is always positive.

How is the module calculated?

The module of a vector is calculated from the coordinates of the vector using this formula:

Does that formula ring a bell?

It is the same as for calculating the hypotenuse of a right triangle, since to obtain it, the Pythagorean theorem is applied in the triangle formed between the vector and its components, where the vector would be the hypotenuse: 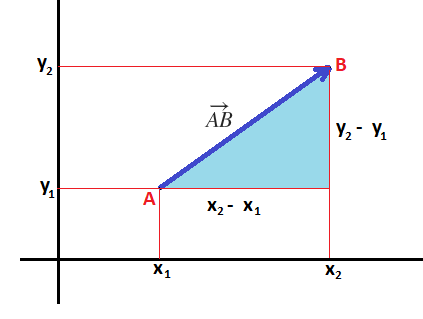 You don’t need to learn where you get the formula from, but it’s important to know.

Let’s see an example of how to calculate a vector module. We have the next vector:

What is your module?

We apply the formula and it fits:

Now we operate and solve, getting the value of the module:

We leave it in the form of a root, since the root of 13 is not exact.

As we have seen before, the components of a vector are calculated from the coordinates of the points of its origin and end.

Let’s look at it with an example.

Be very careful with the negative coordinates. We eliminate the parenthesis of -4 in the second term of the interior of the root:

We now operate within each parenthesis:

We square up and solve:

It is also possible to do the operation in reverse, i.e., knowing the vector module, calculate its components.

Direction and direction of a vector

As we have said before, a vector is a segment oriented, so the direction of a vector is the line to which that vector belongs. 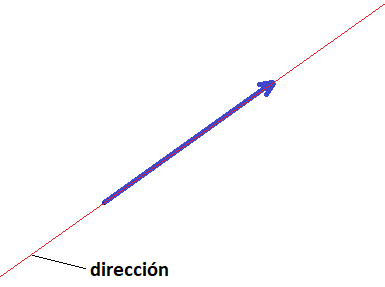 All the parallel vectors, they all have the same direction.

The direction of a vector is where that vector is going, where the arrow is pointing.

Both vectors have the same direction, but opposite directions

Two parallel vectors, of the same module, but from different points of origin, are different vectors.

Vectors that have the same module, direction and direction, but have their origin at different points are called equipollent vectors.

The free vectors are those vectors whose origin can be located at any point and are those with which we work in mathematics, since they have a characteristic that makes them special.

And what makes a free vector so special?

Because we can move the origin of a free vector to the point we want, we can always assume that its origin is in the coordinate origin (0.0) and therefore the vector will be defined only by knowing the coordinates of the end.

So, when we say that the vector: